*Please note: The restaurant & bar at Fairwater Head are no longer open Dismiss

Situated along the world famous Jurassic Coast and only 6 miles from the hotel is the pretty coastal town of  Lyme Regis.  Nicknamed ‘The Pearl of Dorset’, the town is noted for the fossils found in the cliffs and beaches, which are part of the Heritage Coast, a World Heritage Site.

The harbour wall, known as ‘The Cobb’, features in Jane Austen’s novel Persuasion, and in The French Lieutenant’s Woman, a novel by the author John Fowles, as well as the 1981 film of the same name, which was partly filmed in Lyme Regis.

The town was home to Admiral Sir George Somers, its one-time mayor and parliamentarian. He founded the English colonial settlement of the Somers Isles, better known as Bermuda. Lyme Regis is twinned with St. George’s, Bermuda. 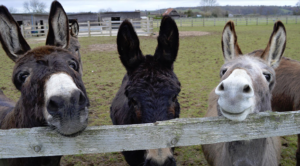 26 April 2021
The Donkey Sanctuary was founded in 1969 by Dr Elisabeth Svendsen, MBE. She dedicated her life to champion donkeys, and it is through her devotion... Continue reading

26 April 2021
Ride an electric tram along 3 miles of unspoilt countryside through the beautiful Axe Valley. You can start your journey at Seaton, the gateway to... Continue reading 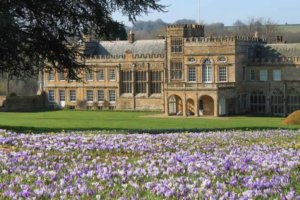 20 April 2021 / 0
Once described as “the most perfect monastery in England”, Forde Abbey is a beacon of elegant antiquity, set within the exquisite countryside of Dorset.  Built... Continue reading

Places to Visit Near Us

26 April 2021 Comments Off on The Donkey Sanctuary

26 April 2021 Comments Off on Seaton Tramway